Since we moved to our new location on 233 Hollywood road we do not accept reservations under 8 people.
As we are now a wine bar as well, we’ve decided to change to walk-ins only.
Thank you for understanding and hope to welcome you soon at Man Mo Dim Sum&Wine.
Kind regards,
The Man Mo’s Team 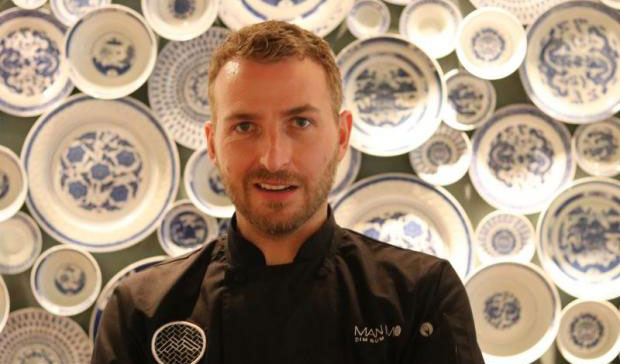 Swiss-born Nicolas Elalouf, owner of Man Mo Dim Sum, may be many things. But one thing he doesn’t want to be called is “chef”.

“I can’t call myself a chef. I have too much respect for the profession. I am not a dim sum master but a master of dim sum,” he says. “Many are better than me at making dumplings but not many have the same knowledge that I do about dumplings.”

Man Mo Dim Sum in Hong Kong claims to be the world’s first contemporary dim sum restaurant. Elalouf spent five years working in Hong Kong as a food supplier, during which time he tried most of the city’s dim sum establishments. He came to the realisation that it was all more or less the same — following the same recipes, using the same ingredients — whether it was from a fancy restaurant or a humble local eatery.